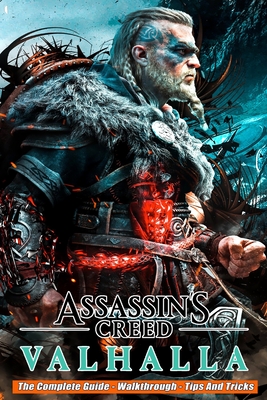 
Not On Our Shelves—Ships in 1-5 Days
(This book cannot be returned.)
In Assassin's Creed Valhalla you'll be playing as Eivor, a young Norse-person surviving through ambushes, wild animal attacks, and lots and lots of mead. Traveling from their home of Norway, Eivor must learn to adapt to the brutal life of a Viking, setting out on perilous raids and enduring the rainy weather of England. It's tough being a Viking, but they have an even tougher pantheon of Gods to help their devotees.And these Norse Gods aren't nearly as silent as the one worshipped in the churches you'll be raiding, with the One-Eyed appearing early on in Assassin's Creed Valhalla, offering cryptic information and sage advice. So to help any would-be Viking avoid feasting in the Corpse Hall before their time, we've gathered some of the best advice we could find from the Gods themselves to keep them alive and enjoying themselves across the northern sea.Below, you'll find a bunch of tips and tricks based on our own experience playing Assassin's Creed ValhallaValhalla challenges players to test their skills in a harsh open-world with bloody missions. Here are some tips, tricks and strategies for new players that will help them succeed.