The Teachings of Zoroaster: Philosophy of the Parsi Religion (Paperback) 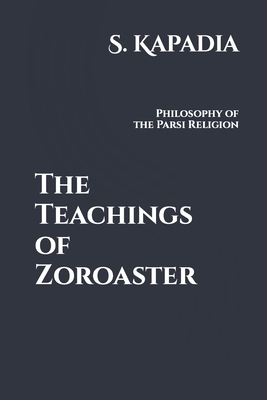 The Teachings of Zoroaster: Philosophy of the Parsi Religion (Paperback)


Not On Our Shelves—Ships in 1-5 Days
(This book cannot be returned.)
Zoroastrianism is a religion much commented upon by a few enthusiastic oriental scholars, and less understood by the general public. Out of the millions of believers of this faith in the bygone ages, there now remains a handful of devout followers, known as the Parsis. I have, therefore, ventured to put before my readers a brief sketch of the teachings of this divine prophet. I hope, that the strangers to the faith may find in it food for philosophic enlightenment, and the Zoroastrians themselves a subject for deeper and wider researches in the untold wealth of sublime theology and philosophy, now looked up in the monumental tomes of the ancient Avesta writings. For extracts in this volume, I am greatly indebted, amongst others, to the works of the following eminent oriental scholars: Dr. Martin Haug, Dr. E. W. West, Dr. L. H. Mills, Professors Max Muller, Spiegel, Bleeck, Westergaard, Z. A. Ragozin, J. Darmesteter, Mr. K. R. Cama, Ervard Kavasji Edalji Kanga, Mr. N. M. N. Kanga, Mr. J. A. Pope, and Dr. J. Adams. I have also to thank the India Office authorities for their kindness in placing at my disposal their splendid library of the Persian and Zend literature, and my old friend Sir C. Purdon Clarke, the Director of the Victoria and Albert Museum, South Kensington, for his valuable suggestions regarding the ancient print of Zoroaster, which appears on the cover of this book, and my friend Mr. A. Kapadia, of Lincoln's Inn, for his kind assistance.