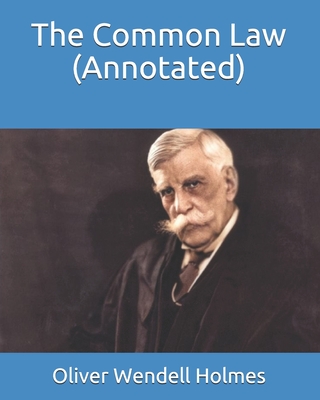 
Special Order—Subject to Availability
(This book cannot be returned.)
Differentiated book- It has a historical context with research of the time-The Common Law by Oliver Wendell HolmesThis book contains a historical context, where past events or the study and narration of these events are examined. The historical context refers to the circumstances and incidents surrounding an event. This context is formed by everything that, in some way, influences the event when it happens. A fact is always tied to its time: that is, to its time. Therefore, when analyzing events that took place tens, hundreds or thousands of years ago, it is essential to know the historical context to understand them. Otherwise, we would be analyzing and judging what happened in a totally different era with a current perspective.Oliver Wendell Holmes Jr. (March 8, 1841 - March 6, 1935) was an American jurist who served as Associate Justice of the United States Supreme Court from 1902 to 1932, and as President of the Acting Supreme Court of the United States in January. February 1930. Noted for his long service, his concise and concise opinions, and his deference to the decisions of elected legislatures, he is one of the most widely cited judges of the United States Supreme Court in history, particularly for his "clear and present danger" opinion. for a unanimous court in the case of Schenck v. United States of 1919,