The Satanism: Book Of A Secular: Demonology & Satanism (Paperback) 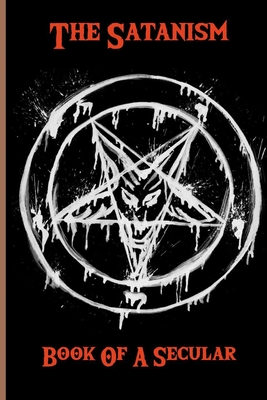 The Satanism: Book Of A Secular: Demonology & Satanism (Paperback)

Satanism is a group of ideological and philosophical beliefs based on Satan. The contemporary religious practice of Satanism began with the founding of the Church of Satan in 1966, although a few historical precedents exist. Prior to the public practice, Satanism existed primarily as an accusation by various Christian groups toward perceived ideological opponents, rather than a self-identity. Satanism, and the concept of Satan, has also been used by artists and entertainers for symbolic expression.

The Book of Secular Satanism is a truly atheistic approach to modern Satanism and establishes Secular Satanism as a lifestyle and philosophy instead of a religion. It explores a number of subjects pertaining to Satanism in-depth that have been previously left vague.