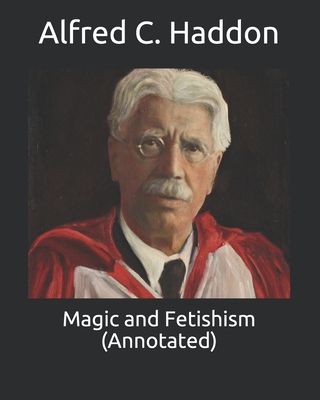 
Special Order—Subject to Availability
(This book cannot be returned.)
Differentiated book- It has a historical context with research of the time-Alfred C Haddon, Sc.D., FRS, FRGS (May 24, 1855 - April 20, 1940, Cambridge) was an influential British anthropologist and ethnologist. Initially a biologist, who accomplished his most notable fieldwork, with WHR Rivers, CG Seligman, and Sidney Ray on the Torres Strait islands. He returned to Christ's College, Cambridge, where he had been a university student, and effectively founded the School of Anthropology. Haddon was a major influence on the work of the American ethnologist Caroline Furness Jayne.In 2011, Haddon's 1898 recordings Recordings of the Cambridge Anthropological Expedition to the Torres Strait were added to Australia's National Record of Sound and Film Files. The original recordings are in the British Library and many have been made available online.Alfred Cort Haddon was born on May 24, 1855, near London, the oldest son of John Haddon, head of a firm of founders and printers. She attended lectures at King's College London and taught zoology and geology at a girls' school in Dover, before entering Christ's College Cambridge in 1875.At Cambridge he studied zoology and became friends with John Holland Rose (later Harmsworth Professor of Naval History), whose sister he married in 1881. Shortly after earning his master's degree in Arts,