There Were No Flowers: A Surgeon's Story of War, Family, and Love (Paperback) 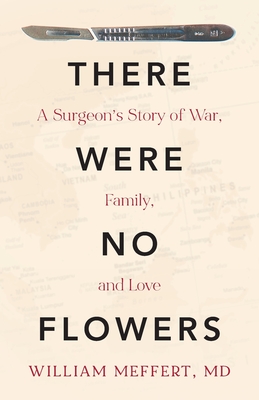 There Were No Flowers: A Surgeon's Story of War, Family, and Love (Paperback)

Enter the operating room with Dr. William Meffert as he shares generations' worth of his family's wartime surgery experiences.

William Meffert is a surgeon. His father was a surgeon. And now, so is his son. Three generations familiar with incisions, blood, and loss. From World War II and Vietnam to modern operating rooms, they have all fought the battle for human life. Now, Meffert journeys with his son to chart his family's history through the changing world of combat surgery and beyond to reveal the universal truths that connect them across generations.

As Meffert travels with his son to field hospital locations of World War II and Vietnam, they encounter detailed memories of trauma surgery, wounded soldiers, and the effects of war-a stark reminder of its cost on humankind. Throughout, Meffert meditates on the lasting impact of conflict and the pressures of a surgeon's life, from being forced to make immediate life-or-death decisions for unknown patients, to the realities of blood and gore, to the difficulty of sharing these experiences with the uninitiated.

Linking together the individual lives of grandfather, father, and son, There Were No Flowers is a story of war, surgery, trauma, and the joys of fatherhood, family, and love in the face of it all.