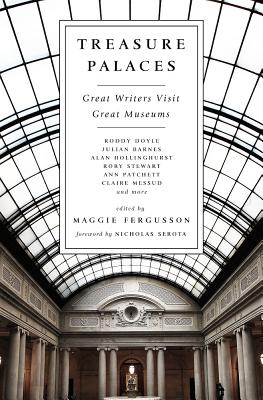 By Maggie Fergusson (Editor), The Economist, Nicholas Serota (Foreword by)


Special Order—Subject to Availability
In this exuberant celebration of the world's museums, great and small, revered writers like Ann Patchett, Julian Barnes, Ali Smith, and more tell us about their favorite museums, including the Lower East Side Tenement Museum in New York, the Mus'e Rodin in Paris, and the Prado in Madrid. These essays, collected from the pages of The Economist's Intelligent Life magazine, reveal the special hold that some museums have over us all.

Acclaimed novelist William Boyd visits the Leopold Museum in Vienna -- a shrine to his favorite artist, Egon Schiele, whom Boyd first discovered on a postcard as a University student. In front of her favorite Rodins, Allison Pearson recalls a traumatic episode she suffered at the hands of a schoolteacher following a trip to the Mus'e in Paris. Neil Gaiman admires the fantastic world depicted in British outsider artist Richard Dadd's "The Fairy Feller's Master-Stroke," a tiny painting that also decorated the foldout cover of a Queen album, housed in the Victorian room of Tate Britain's Pre-Raphaelite collection. Ann Patchett fondly revisits Harvard University's Museum of Natural History -- which she discovered at 19, while in the throes of summer romance with a biology student named Jack.

Treasure Palaces is a treasure trove of wonders, a tribute to the diversity and power of the museums, the safe-keepers of our world's most extraordinary artifacts, and an intimate look into the deeply personal reveries we fall into when before great art.

“Anyone who appreciates fine writing will treasure this literary memory palace.” –Booklist

“An entertaining and idiosyncratic tour of obscure museums that have inspired and challenged famous authors throughout their lives…The collection takes an intimate look both at the writers and the museums themselves, providing deep insights into how artists connect with the world around them.” –Publishers Weekly

“Lively…These graceful, vicarious tours to museums famous and obscure are almost as good as the real thing.” —Kirkus Reviews 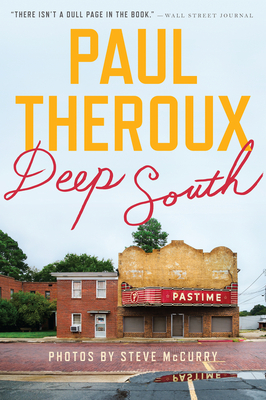 “Theroux’s eye for landscape remains as sharp as ever . . . It’s Theroux’s remarkable gift for getting strangers to reveal themselves that makes going along for this ride worthwhile.” — New York Times Book Review

Paul Theroux has spent the past fifty years roaming the globe, describing his encounters with remote people and far-flung places in ten best-selling travel books. Now, for the first time, he explores a part of America—the Deep South. Setting out on a winding road trip, Theroux discovers a region of architectural and artistic wonders, incomparable music, mouth-watering cuisine—and also some of the worst schools, medical care, housing, and unemployment rates in the nation.
Yet, no matter where he goes, Theroux meets the unsung heroes of the South, the people who, despite it all, never left, and also those who found their way home and devoted their lives to rebuilding a place they could never live without.

“Paul Theroux’s latest travel memoir had me at hello . . . Theroux pulls no punches in his quest to understand this overlooked margin of American life.” — Boston Globe

PAUL THEROUX is the author of many highly acclaimed books. His novels include The Lower River, Jungle Lovers, and The Mosquito Coast, and his renowned travel books include Ghost Train to the Eastern Star and Dark Star Safari. He lives in Hawaii and on Cape Cod.

"Free of the sense of alienation that marked his recent travelogues, this luminous sojourn is Theroux's best outing in years." —Publishers Weekly, starred  "As thoughtful as it is evocative, the book offers insight into a significant region and its people and customs. An epically compelling travel memoir." —Kirkus Reviews, starred  “A generation of travel writers owes a debt to Theroux’s immersive, first-person narratives, captured with unflinching, sometimes merciless candor.” —New York Times Book Review  — 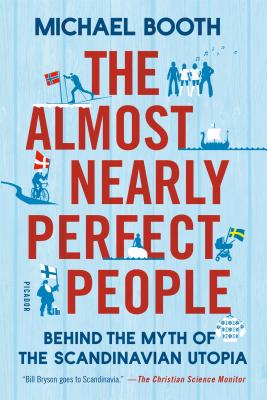 The Almost Nearly Perfect People: Behind the Myth of the Scandinavian Utopia (Paperback)

The Christian Science Monitor's #1 Best Book of the Year

A witty, informative, and popular travelogue about the Scandinavian countries and how they may not be as happy or as perfect as we assume, “The Almost Nearly Perfect People offers up the ideal mixture of intriguing and revealing facts” (Laura Miller, Salon).

Journalist Michael Booth has lived among the Scandinavians for more than ten years, and he has grown increasingly frustrated with the rose-tinted view of this part of the world offered up by the Western media. In this timely book he leaves his adopted home of Denmark and embarks on a journey through all five of the Nordic countries to discover who these curious tribes are, the secrets of their success, and, most intriguing of all, what they think of one another.

Why are the Danes so happy, despite having the highest taxes? Do the Finns really have the best education system? Are the Icelanders as feral as they sometimes appear? How are the Norwegians spending their fantastic oil wealth? And why do all of them hate the Swedes? In The Almost Nearly Perfect People Michael Booth explains who the Scandinavians are, how they differ and why, and what their quirks and foibles are, and he explores why these societies have become so successful and models for the world. Along the way a more nuanced, often darker picture emerges of a region plagued by taboos, characterized by suffocating parochialism, and populated by extremists of various shades. They may very well be almost nearly perfect, but it isn’t easy being Scandinavian.

Michael Booth is a journalist, broadcaster, and keynote speaker. He is the author of several works of non-fiction, including the award-winning, international best-seller, The Almost Nearly Perfect People and Super Sushi Ramen Express. He is a correspondent for Monocle magazine and Monocle M24 radio, as well as other international publications. His works have been adapted by BBC radio in the UK and NHK TV in Japan, and translated into over twenty languages.

“Booth's extremely funny character analysis of Scandinavia (which includes the adjacent Arctic-Circle floaters, Iceland and Finland) gives an incisive yet comprehensive overview of each of these reputedly lucky lands...His chapters betray a clear affection for the icy region he calls home, and gradually allow a clearer identity for each country to emerge.” —The New York Times Book Review

“Outrageously entertaining...Like members of a family, each of these five nations, despite a strong shared resemblance, has its own character, and Booth really is the guy you want to explain the differences to you. The Almost Nearly Perfect People offers up the ideal mixture of intriguing and revealing facts.” —Laura Miller, Salon

“Booth's project is essentially observational; it aspires to a comic genre that might be called Euro-exotica. The form was well established by the time Twain published The Innocents Abroad in 1869, and it has been carried through the twentieth century by writers as varied as S. J. Perelman and Peter Mayle....In this sense, Booth's book is as much about Anglo-American power as it is about the Nordic way.” —The New Yorker

“The result of Booth's ethnographic snooping is this insightful, entertaining and very funny book. Booth also happens to be a terrific ambassador to the often insular and sometimes baffling behavior of the Nordic peoples….Anthropological research has never been this much fun.” —Chicago Tribune

“A lively exploration that's part ethnography and part travel guide…at its core, The Almost Nearly Perfect People is driven by genuine curiosity and appreciation for a singular part of the world most Americans know very little about--and could stand to learn a thing or two from.” —The Daily Beast (Hot Reads)

“A humorous deconstruction of the belief that the Scandi nations are each a social paradise while affirming that life in one of the five can be quite congenial. Finally, an answer to the pressing question, how can Danes be so happy while paying such high taxes?” —The New York Daily News

“It is said that most people can't tell one Nordic country from another. Maybe so, but what they do know is that these nations are exceptional. This collective exceptionalism is worth studying up close and Michael Booth's book is a good place to begin. He writes with irony and charm and in the end, much affection for his adopted home in Denmark.” —The Huffington Post

“Booth is often funny, and he keeps us engaged.” —The Week

“With his tongue never too far from his cheek, British journalist Michael Booth takes an ironic scalpel to what seems to be the modern obsession with the so-called perfection of life in the five Northern European countries in his The Almost Nearly Perfect People....a truly interesting and enjoyable piece of writing.” —Seattle Post-Intelligencer

“[Booth's] dry wit permeates the book…He has written an immersive, insightful, and often humorous examination of a most curious culture.” —Publishers Weekly

“If, like many, you may never make it to Denmark, Iceland, Norway, Finland, or Sweden, this is your book, and Booth is your guide. He is congenial, game, funny, and observant. And he tells it like it was…” —Booklist

“Booth brings a deliciously droll sense of humor to his mission.” —BookPage

“An enjoyable, funny romp through the region.” —The Telegraph (London)

“I laughed out loud . . . A lively and endearing portrait of our friends in the north, venerated globally for their perfectly balanced societies but, it turns out, as flawed as the rest of us--or at least only almost perfect.” —The Observer (UK)

“A rollicking travelogue . . . [and] a welcome rejoinder to those who cling to the idea of the Nordic region as a promised land.” —Financial Times

“Booth is an assiduous excavator of entertaining facts.” —The Times (London)