The Travel Book Group is led by Katie Mathews and meets online the 1st Tuesday of each month at 7 p.m. To join, please email: bookgroups@politics-prose.com This month's book is unavailable from Politics and Prose. Please look for it through used book stores.

The Travel Book Group is led by Katie Mathews and meets online the 1st Tuesday of each month at 7 p.m. To join, please email: bookgroups@politics-prose.com This month's book is unavailable from Politics & Prose. Please look for it through used book stores. 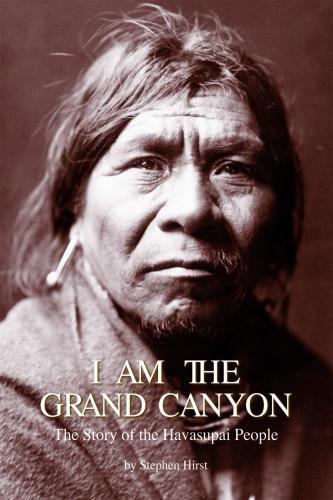 I Am the Grand Canyon: The Story of the Havasupai People (Paperback)


Special Order—Subject to Availability
I Am the Grand Canyon is the story of the Havasupai people. From their origins among the first group of Indians to arrive in North America some 20,000 years ago to their epic struggle to regain traditional lands taken from them in the nineteenth century, the Havasupai have a long and colorful history. The story of this tiny tribe once confined to a toosmall reservation depicts a people with deep cultural ties to the land, both on their former reservation below the rim of the Grand Canyon and on the surrounding plateaus.

In the spring of 1971, the federal government proposed incorporating still more Havasupai land into Grand Canyon National Park. At hearings that spring, Havasupai Tribal Chairman Lee Marshall rose to speak. “I heard all you people talking about the Grand Canyon,” he said. “Well, you’re looking at it. I am the Grand Canyon!” Marshall made it clear that Havasu Canyon and the surrounding plateau were critical to the survival of his people; his speech laid the foundation for the return of thousands of acres of Havasupai land in 1975.

I Am the Grand Canyon is the story of a heroic people who refused to back down when facing overwhelming odds. They won, and today the Havasupai way of life quietly continues in the Grand Canyon and on the surrounding plateaus.

The Travel Book Group is led by Katie Mathews and meets online the 1st Tuesday of each month at 7 p.m. To join, please email: bookgroups@politics-prose.com 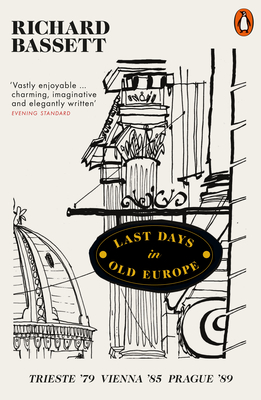 In Stock—Click for Locations
Part memoir, part reflection, this book brings to life central Europe during the last 10 years of the Cold War. It begins in Trieste in 1979 where the resonances of the Habsburg Empire are still strong. The second part moves to the darker, claustrophobic world of Vienna in 1985, where the atmosphere of the Cold War seemed to infiltrate every brick of a city hovering between two worlds, and even the most seemingly harmless of culinary establishments masked the game of espionage between East and West. In the third part, the story shifts to Prague in 1989 during the dramatic, intoxicating days of the "velvet revolution" and the long-awaited opening up of the east. Revolution, when it came was from above rather than below: Moscow was far more engaged with events during those turbulent November weeks than is generally appreciated. Throughout the book we encounter a diverse array of glittering characters: penniless aristocrats, charming gangsters, even Amazonian blondes in the service of Eastern European spy agencies; fractious diplomatists and disinherited royalty supply a colorful supporting cast. With charm, wit and insight, Richard Bassett recreates through his personal encounters the elegy, farce and tragedy of Central Europe in the last days of communism.
After reading Law and the History of Art at Cambridge, Richard Bassett set out for Central Europe and in 1983 became principal horn of the National Slovene Opera House in Ljubljana. In 1985 he was appointed Central European and then Eastern European correspondent for The Times. His previous books include A Guide to Central Europe, Hitler's Spy Chief: The Wilhelm CanarisMystery and For God and Kaiser: The Imperial Austrian Army, 1619-1918.
"With these vivid, wistful memoirs, he joins the great chroniclers of Europe—the Prousts, Zweigs, Lampedusas, Leigh-Fermors and Bassanis." —Economist